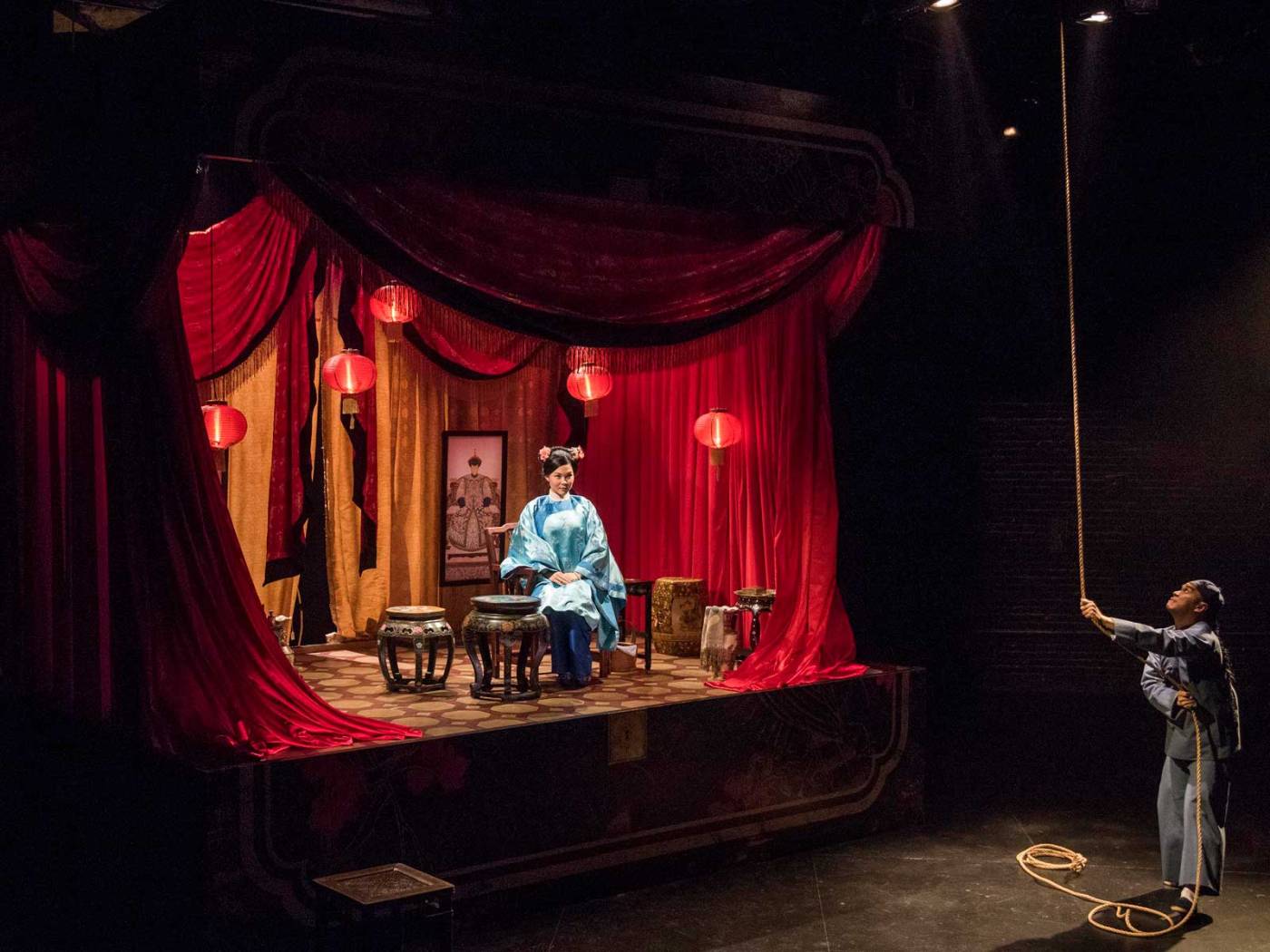 Recently my friend Laura and I went to the Milwaukee Rep to check out The Chinese Lady.  This show depicts the story of the first female Chinese immigrant from Beijing to America in 1834.  I wasn’t sure what I would think about this production going into it but from the moment it began I was entranced.  As Afang Moy told us her story over the course of many years I was amazed and kind of sad all at the same time.

Basically, she was brought to America to be a showpiece in a museum for many years.  Her culture was on display and Americans paid to watch her “show” every day.  They would watch her eat and walk around her box with her 4 inch small feet (as a result of customary Chinese foot binding).  She was then brought on a parade around the country, again with her culture on display for more and more people to see.  She was even brought to Washington D.C. where she met President Andrew Jackson who similar to many people who saw her shows was engrossed with the size of her feet in an almost disgusting kind of way.

My perception, from watching this story unfold was that America was incredibly judgmental and unappreciative of the Chinese culture.  Instead of appreciating the differences, it seemed as if Americans were appalled by the important pieces of Chinese culture and many people seemed to think the customs demonstrated by Afang Moy were odd instead of appreciating the cultural differences.

This show invoked so many feelings.  As her story unfolded I felt angry that this madness went on and on and on.  I felt sad that she was trapped here in America apart from her family on display like a circus act.  She didn’t ever have a chance to appreciate or enjoy the US.  She was never reunited with her family.  I sat in the theater watching and left questioning what this all meant.  How could Americans be so narrow-minded and allow something like this to carry on for many years?

The two actors in the show did a great job representing Chinese culture and telling this story with a great deal of emotion.  I left reminded of how important it is to be exposed to different stories and different cultures and appreciate the differences they may have.  I also left reminded of the importance of humanity and seeing every individual as human instead of placing judgment on them.  Cultures are so different and it is important to understand and appreciate those differences.

It was a powerful story and left me wanting more information on this topic.  I look forward to reading more about how the Chinese came to America and looking into more details of Afang Moy’s story.  If you’re looking for a thought-provoking and unique theatrical production you should definitely head over to the Rep and check this show out.

Running now through March 24 be sure to get your tickets today.  Tickets for the show can be purchased online, by calling the Milwaukee Rep’s ticket office at 414-224-9490 or visiting the ticket office in-person at 108 East Wells Street, Milwaukee, WI 53202 while it is open Sunday – Friday from Noon – 6:00 PM.